From Cramped To Spacious: The Power Of A Strategic Kitchen Renovation 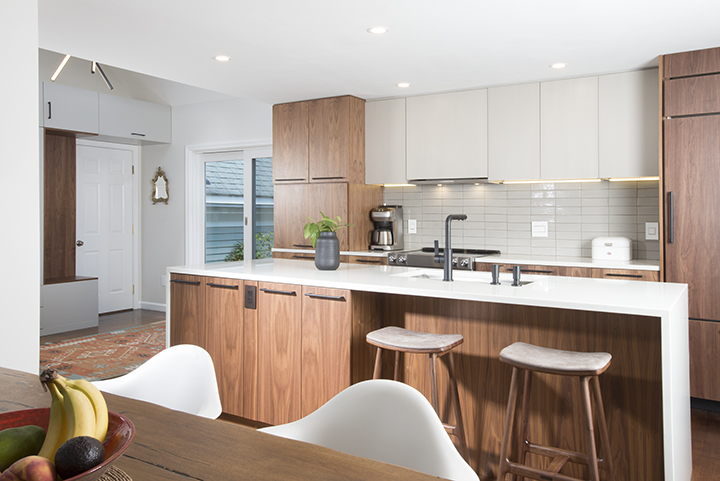 For prospective home buyers, the size of the kitchen—including the amount of countertop space—is typically an important checkmark for the home’s pro or con list.

The actual square footage of a kitchen must be impressive, if not at least adequate. Likewise, kitchen countertops that are clear of any evidence of people living in the home must seem to be sufficient as well.

However, many of us have realized how deceiving kitchen space can be once we’ve moved into a home and actually started to use the countertops and appliances. What seemed like plenty of space in theory can quickly become way too small in reality once a family starts using the kitchen day in and day out. 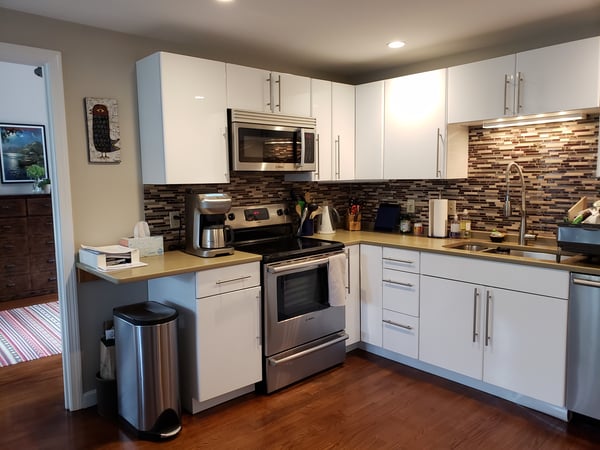 This was the case with a kitchen in Bedford that we recently redesigned. When the homeowners and their two young children moved in, their kitchen was “horrendous” so they opted for a fast remodel within the existing space.

They opted for a contemporary laminate door style and quartz countertops. The size of the kitchen and the amount of countertop space at first appeared to be workable, and they thought the fast remodel would make the space more functional.

However, the U-shaped layout of the kitchen cramped the entire flow. One of the major problems was that the countertop space included two corners, which essentially become useless as far as easy-to-use countertop areas go. Appliances took over the majority of countertop space.

The placement of the sink and stove also chopped up the flow. In addition, the essentials the homeowners use on a daily basis—like the dish rack, coffee maker, mixer, and toaster—took up a good deal of what countertop space was left.

There were other problems with the kitchen functionally as well, such as no clearly designated place for trash. Plus, the laminate cabinets were delaminating, especially around the dishwasher. 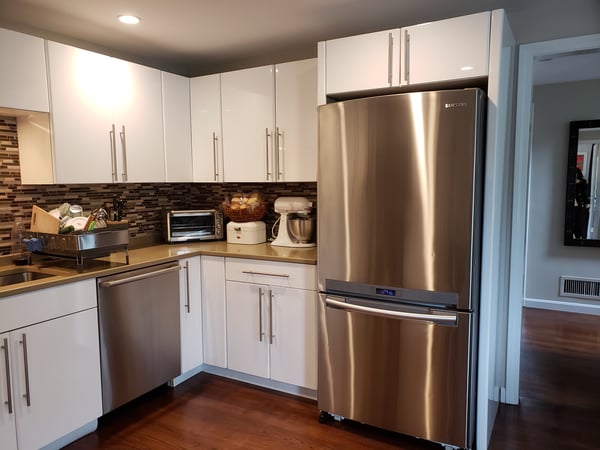 Solution: Redesign & Open Up The Space

Three major renovations changed the layout of the kitchen drastically.

In addition, seemingly smaller changes made equally big differences. Creating an appliance garage for all the smaller appliances the family uses each day frees up a surprising amount of countertop space.

Interior cabinetry storage solutions also provide much better organization options, such as for cutlery and cooking utensils. And designing a base cabinet to house the microwave means that the kids can easily use it as well.

The entire feel and function of the kitchen has been transformed from cramped and chopped up space to open and inviting. As is often the case, it takes living in a space for awhile to realize what its limitations are, and—the best part of all—to envision what it could be.

Are you curious about whether your kitchen could be redesigned to work better for you? If you’re considering renovating your kitchen, we’d be happy to talk with you.

Edesia is a Best Of Houzz award winner for client satisfaction in 2017, 2018, and 2019, and has been selected as a Top 50 New England Kitchen Remodelers & Designers. Take advantage of our free consultation and estimate by contacting us online or calling 781.238.8800. 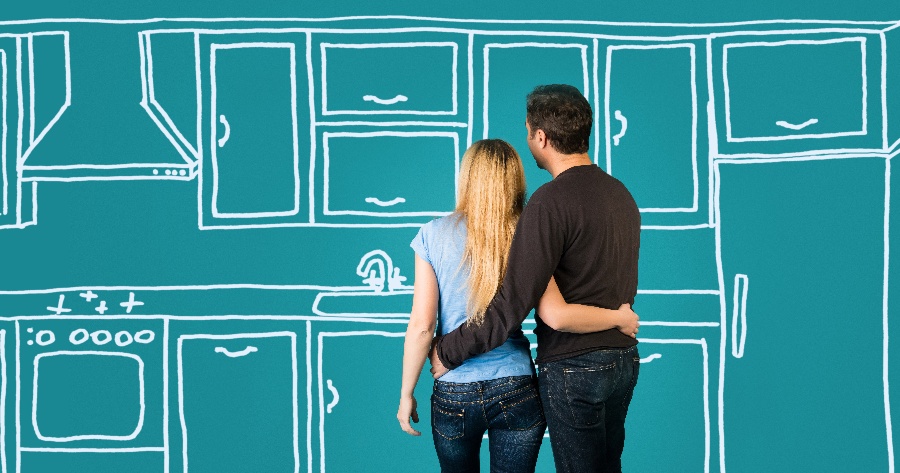 Money-Saving Innovations for Your Kitchen and Bathroom

Choosing a Backsplash Within Your Kitchen Design Budget

Write some Information about the author here. who ther are, what they do, add social links.